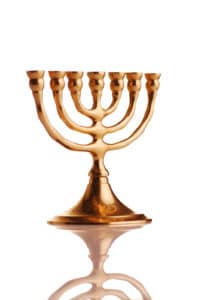 Kehilat Gesher is the only progressive, bilingual synagogue in the Paris region, offering all services in English, French, and Hebrew. Founded over twenty years ago, our congregation includes over 170 families and welcomes some 450 individuals for our annual High Holy Day services.

As our name suggests, Kehilat Gesher is a community dedicated to building bridges between French- and English-speaking nationalities, between Sephardic and Ashkenazi heritages, and between spiritual tradition and modern life.

A liberal, egalitarian congregation dedicated to the promotion of Jewish values, Kehilat Gesher is committed to openness and exchange. Our educational and cultural activities include a wide variety of classes, ateliers, concerts, and lectures for adults, teens, and children as young as three years old.

Kehilat Gesher helps its members celebrate and honor the fundamental passages of their lives, be it births (brit mila), marriages, or funerals. Forty children are enrolled in our Talmud Torah, and the congregation organizes around fifteen Bar and Bat Mitzvahs every year.

A progressive synagogue embracing both Reform and Conservative values, Kehilat Gesher supports equal rights and responsibilities for both men and women in all religious thought and practices.

Kehilat Gesher is known for its warmth, its openness, and its commitment to social justice through Tikkun Olam: “repairing the world.” We are members of the World Union for Progressive Judaism and have contributed to the constitution of the Fédération du Judaïsme Libérale Francophone en Europe (the Federation of French-speaking Liberal Judaism in Europe).  We are also one of the founders of the new Assemblée du Judaïsme Libéral, which brings together liberal Jewish communities in France.

Events of the Day

You can reach the secretary by phone:

Monday through Thursday from 10am to noon

At other times, please send us an e-mail at contact@kehilatgesher.org
and we will get back to you as soon as possible.